As Eddard Stark would say, winter is coming. To indicate that we’ve noticed this somewhat depressing fact, today a book on cold.

It’s an extended interview with Marek Kamiński, a polar explorer, the first and only person to reach both poles in a single year without external assistance. The book, titled Touching the World of Marek Kamiński, has been published by his own foundation.

The book is divided into chapters marked by large, spaced out lettering. There’s plenty of pictures, some illustrations (most of them by our friend, Asia Kurowska) and some enlarged type used for emphasis. Predominant color is ice-cold blue. 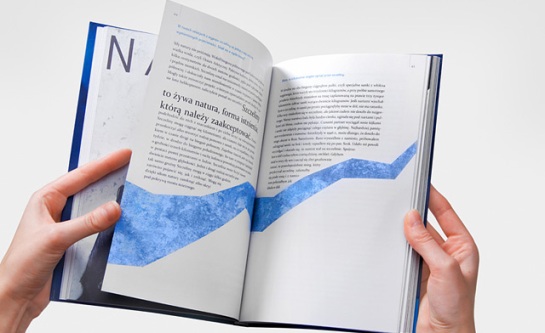 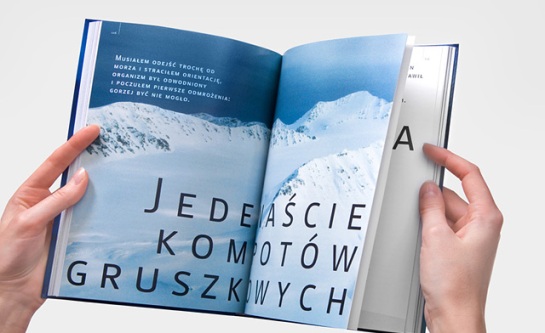