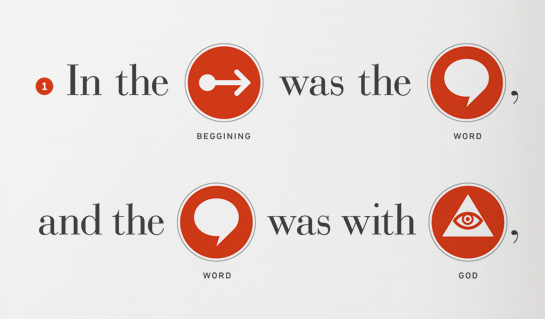 A while ago we were invited to a competition organized by the Museum of Print in Warsaw. Every year the Museum asks designers to participate in two categories: to illustrate a spread or page from an old Bible and to propose a modern redesign. We were very happy to win the main prize in the second category and will share the work today (we’ll show you the other design some time in the future).

Truly, we don’t only work with icons but this time it seemed like an appropriate response, icons being the language of the modern world and also one which, like the Bible, reaches beyond linguistic divisions. This is also an allusion to the tradition of Biblia Pauperum, medieval illustrated versions of biblical stories for the illiterate.

The passage to illustrate was the beginning of John’s Gospel. We have added icons to certain words of the text so that illustrations become integrated into the text, not just additional beautification.

The work was in Polish but at the beginning of the post there’s a translated example to give you an idea of how this works. 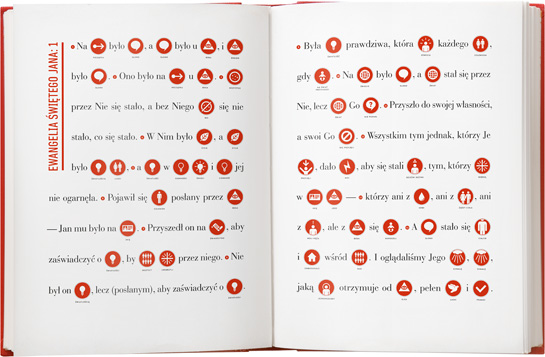 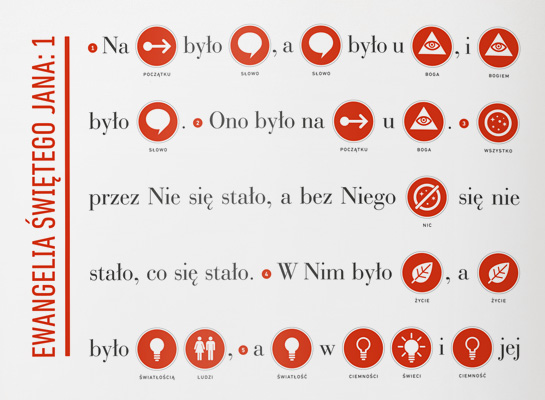 The gospel (John 1) is set vertically, numbers of verses are placed in the small orange circles. 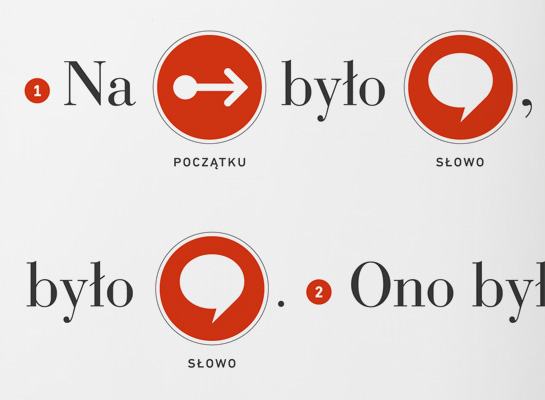 In the beginning was the Word, here in Polish. 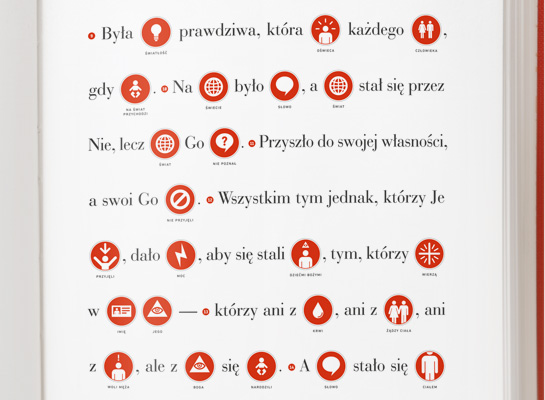 All key words are presented as icons. 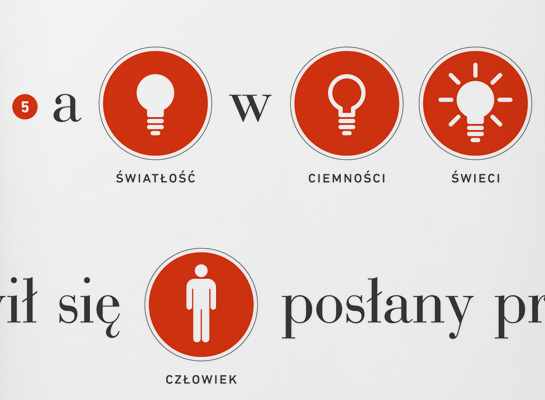 The beginning of verse five: The light shines in the darkness… 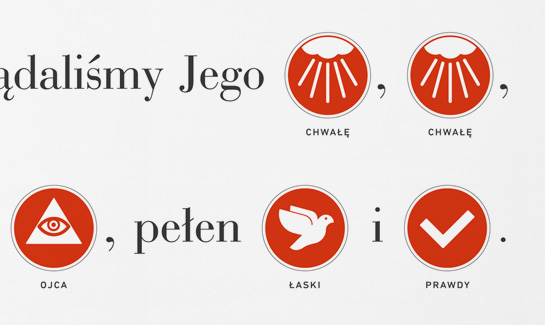 The ending reads: …who came from the Father, full of grace and truth.