Today we have finally gotten down to cleaning up all the post-Christmas decorations (which we know is late-ish but we just love having Christmas lights around) and decided to do some creative recycling of the dried up holly leaves littering our room because we found them quite pretty and intriguing. What precisely we decided to do is another typographic poster to include in the Theatre of Literature series.

Unlike with the previous posters, we didn’t have a selected novel title to use and couldn’t think of one so we actually resorted to Google once we came up with the ideas that this book should include. We wanted something about old age and nature, nostalgic and on the serious side, and found a seemingly perfect match. In Her Garden by Jon Godden is a 1981 novel about an elderly widow who falls in love with her young gardener and dies under suspicious circumstances, a cross between a psychological and a gothic story – at least according to the Internet sources as we’ve yet to read it. (Again, this is not how we normally work but since the perishable material was ready, we seized the opportunity.) 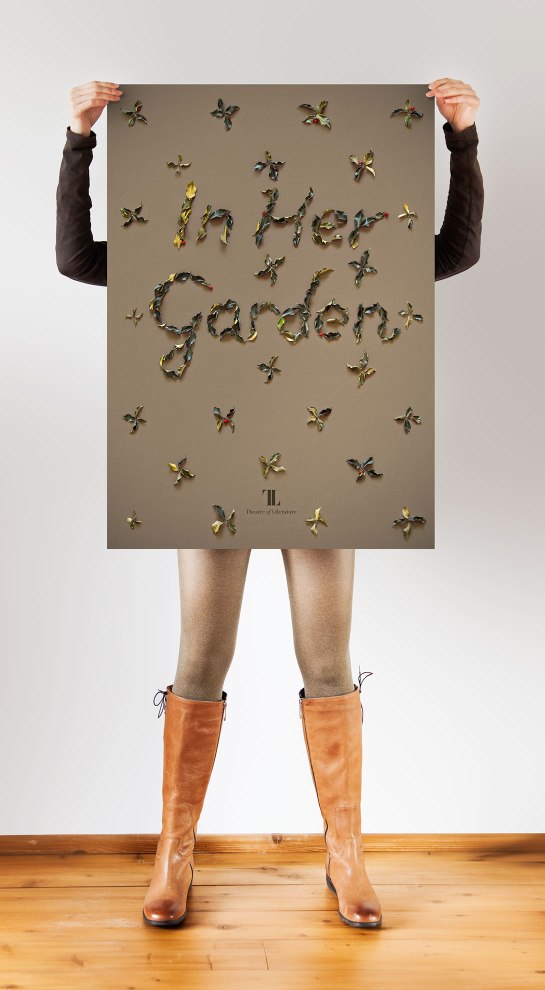 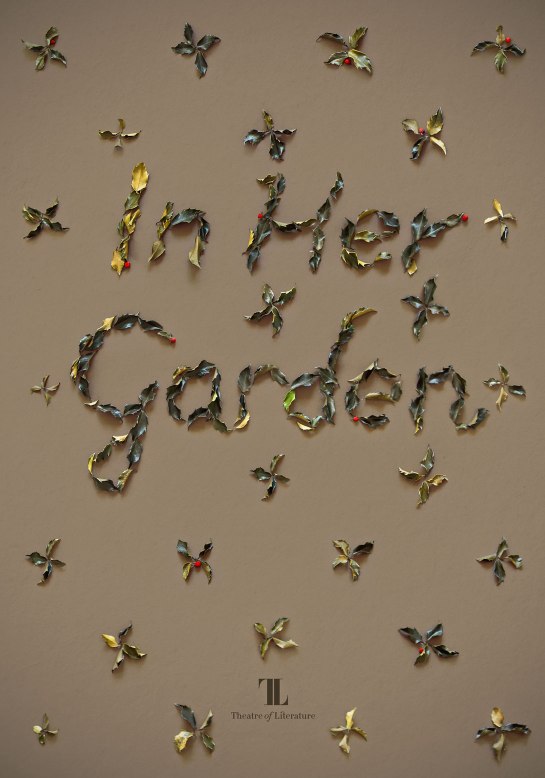 We built simple, cursive-like letters from the leaves so that the leaves’ curves reinforce those of the letters. We used the rest of the leaves to make an ornament, the kind whose structure can be found on a wallpaper in an old house. We picked a somber color that does not contrast strongly with the design to create a rather melancholy atmosphere. 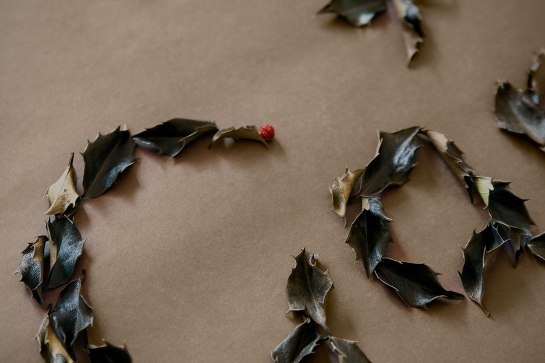 With the Christmas decorations gone, at least we have the satisfaction of having turned a part of the chore into more enjoyable work.