As this week we celebrate Independence Day in Poland and this year something called 25 Years of Freedom, we thought this is a good occasion to show you a slightly older project, a book we designed for the Center of Solidarity in Gdańsk to commemorate the 30th anniversary of Solidarity. (Here’s Wikipedia about the Solidarity movement in Poland, should you feel the need to catch up on history.)

The book is a result of sociological studies about the awareness people have of the movement thirty years after its formation and of its political and historical impact. It includes a report full of quotations from various respondents and results in the form of graphs and tables (which, as you may already know, is something we generally like to design). 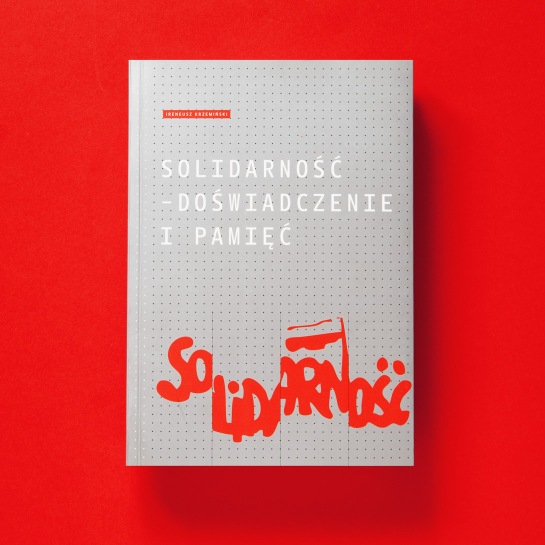 While inside we were limited to two colors (which in itself was quite an interesting challenge and an occasion to work with mixed inks), on the cover we decided to add silver, which gave the book a technical appearance. We used a dot grid and a technical monospace typeface to additionally emphasize the measuring aspect of the book. This grid, obviously, also organizes the layout inside.

The book includes a limited number of archive photographs, mostly showing the people of Solidarity or historical moments. We used them especially for chapter openings. Here Lech Wałęsa with Jerzy Popiełuszko.

Jacek Kuroń on the left, Tadeusz Gocłowski and Tadeusz Mazowiecki with Bronisław Geremek on the right. 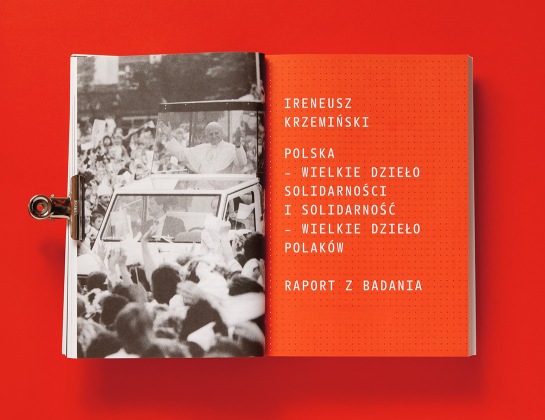 This might not be the most exciting part for many readers but it was certainly the most challenging one to design (at least once the layout was complete): all the ways to present statistical data.