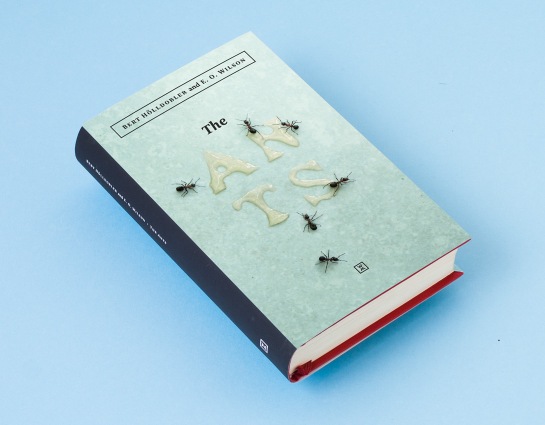 The challenge and thrill of working with real-world materials when designing is how they surprise you. Today we’re sharing a story of a project which turned out completely different than we had planned because of our complete and utter lack of entomological (formicological?) knowledge. The next installment of Words Matter: The Ants.

When we found out about this book by Wilson and Hölldobler, possibly the only scientific study to ever get the Pulitzer Prize, we knew we wanted to include this. Not only is the subject matter irresistible but also we like to use the nearby woods as a source of design inspiration. However, when we thought about it, we somehow assumed ants act like flies: tempted with honey they will swarm to it and create a composition of ants. In fact, here’s a wikipedia picture of how we imagined the result: 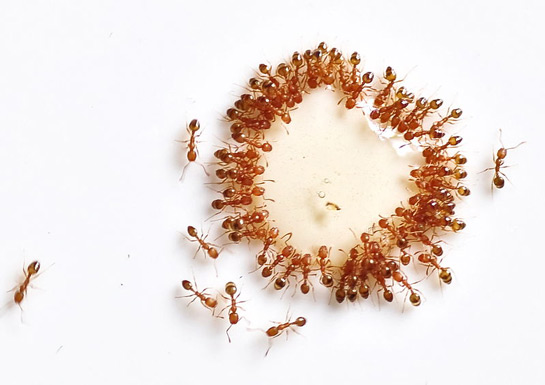 It clearly is possible. However, that’s not how things worked out in our experience. It was a hot summer day (first question: too hot? wrong season?) and after creating the honey typography at home we first tried to lure small ants that live in our garden to come onto it.

But even though some ants came and went, you could never call it swarming. In fact, it looked rather unimpressive. So we moved on to the original plan: we decided to use the bigger forest ants. First, we went for a scouting excursion (and it was so hot!) and failing to find a single anthill at least we found a secluded path full of large ants. We waited a little till it got cooler because we started to suspect that it was too hot even for ants to think about eating and we carried the tile with the writing two kilometers into the woods (and it’s quite a task to do that without ruining the lettering, let us tell you).

These ants looked great. They were big and pretty and numerous. Only, they couldn’t have cared less about the honey. Forget the swarms, not a single one came close. We had some theories: maybe they were soldier ants that didn’t gather food? Maybe this was not a food-gathering season? Maybe this kind of ants didn’t eat honey? Well, none of that helped. Finally, we got desperate and we moved ants to the honey and photographed them before they ran away. Ants are very, very fast.

Also: don’t worry. No ants were hurt in the process. That was our assumption from the very beginning and we’re happy that at least this part worked out.

So yes, The Ants cover turned out to be more of honey typography than ant typography, which is not necessarily wrong but it illustrates how important research is in this kind of bio-design. We like how the result is more minimalistic than we had planned. But if we wanted to repeat this idea, we would start this time by consulting a formicologist. 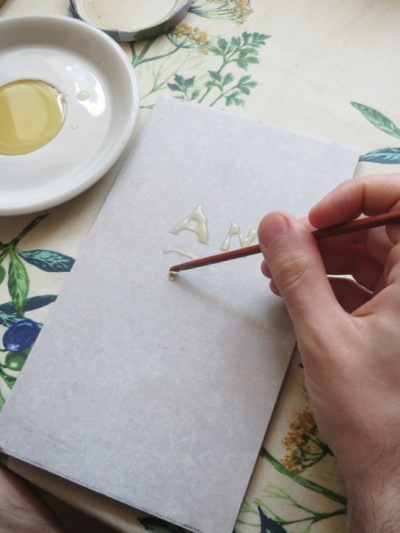 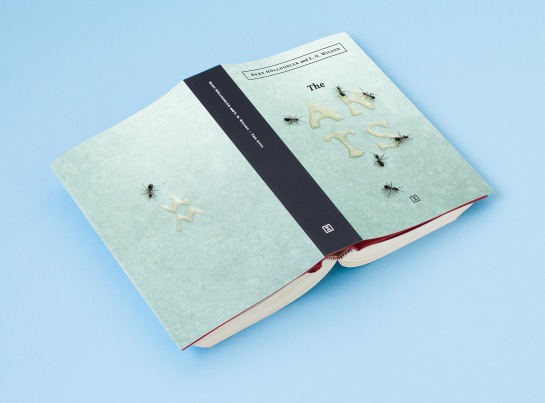